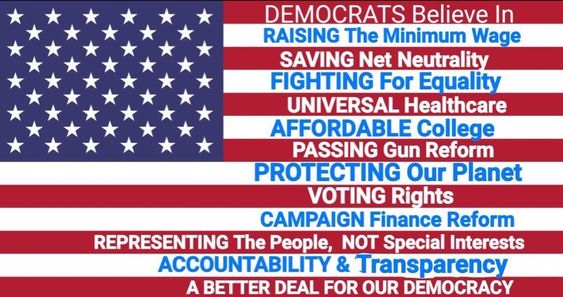 It is six days until the next U.S. congressional midterm election.

One thing I see repeated a lot these days is, “I cannot understand why any _____ supports Republicans,” with a wide assortment of people placed in the blank. That gave me the thought, as we’re only six sunrises removed from Election Day, to consider who seems to be a natural to support the progressive movement that is the Democratic Party.

It makes sense for the following citizens to vote Blue:

* People who may require medical care

* People whose loved ones may require medical care

* Those who support the entire Constitution, not only the Second Amendment

* Students and their supporters

* Folks depending on Social Security and Medicare

* People who are not wealthy

So, unless you’re an extremely wealthy white male, it makes no sense for you to vote Republican at this point in time.