Leave a comment Posted by Steve Martaindale on March 1, 2018 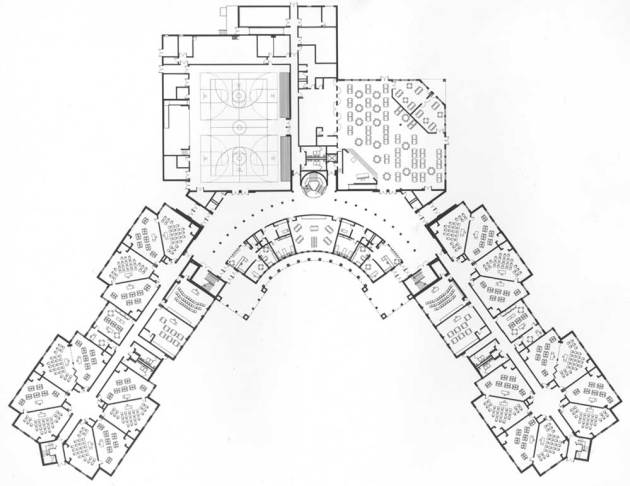 I had a gun fired at me once. It was a blank, like a starter’s pistol, but that’s not the point.

I was about 12 or 13 years old and on a bicycle, which I rode all around the Greggton community of Longview, Texas. I stopped for a red light on Loop 281 at the intersection with Marshall Avenue. I was leaning with my right foot on the curb when a car pulled up next to me and the driver yelled out, “Hey, kid.”

He pointed a pistol at me, reaching across a girl seated next to him, and fired.

There was no trauma on my part because it happened so quickly … and that, my friend, is the point.

There has been much talk about arming school personnel.

People who have seen too many movies think that will solve the problem of school shootings, but the problem is bad guys don’t follow the script.

Schools are often large. The classrooms, hallways, rest rooms and offices create a rabbit’s warren of passageways and hiding places. The image above is an elementary school floorplan I found online. Included are stairwells, so it has at least one more story.

In 2-3 seconds, a shooter can abandon one area and be in a new one with a new set of confused targets. The armed personnel may not be anywhere nearby when the shooting starts.

But, even if one was close, the odds he or she can take down the shooter are slim, especially if our good guy with a gun is, by training, an English teacher.

In addition to my non-noteworthy experience mentioned earlier, I base this belief on reading carefully documented, shot-by-shot accounts from mass shootings. Most memorable in many of them is how rapidly everything happens. Many people can be shot in a few seconds. Meanwhile, even people nearby may not have yet figured out what’s happening, much less formulated a response.

This is only one reason arming teachers and school staff is not the answer.