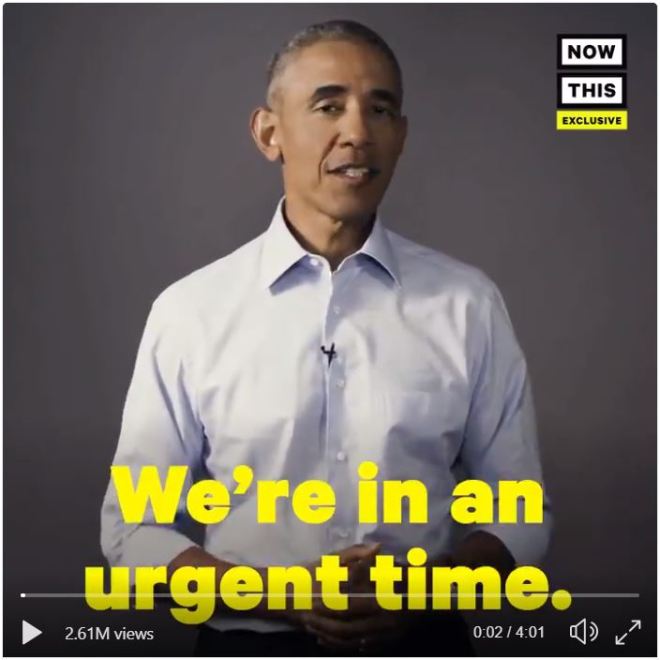 It is 54 days until the next U.S. congressional midterm election.

President Obama has had enough.

If my pleas for you to vote aren’t sufficient, perhaps he can persuade you to register, to make sure you’re still properly registered, and then get out early to vote.

In this video, he is primarily talking about young voters, which by and large tend to not show up during elections. And isn’t that who I’ve been trying to talk to here? Non-voters and those who traditionally don’t bother with midterm elections?

Obama is taking the somewhat non-traditional step of critiquing the president who followed him. This presidency – which he said exhibits “unprecedented behavior that violates norms that in the past have been observed by both Democrats and Republicans” – is not new to criticism. Every living former president has called out Trump from time to time.

Obama offers advice to young voters: “But what I’ve told them is they shouldn’t be discouraged. They gotta step up and vote.”

You have your concerns – from the cost of education to protecting the environment – but your voice will not be heard if you don’t help elect people who will represent your message.

Additionally, we need to elect women and men to Congress, and to statewide and other offices, who will stand up to Trump’s bullying, fear-peddling, deceitful tactics and provide legal checks on his policies that are damaging the country.

Bonus: This applies to you even if you’re not a young voter.