Leave a comment Posted by Steve Martaindale on August 26, 2018 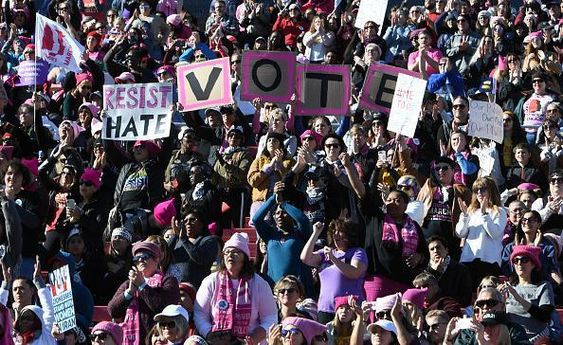 It is 72 days until the next U.S. congressional midterm election.

On this date 98 years ago – Aug. 26, 1920 – the 19th Amendment to the U.S. Constitution was formally adopted, guaranteeing women the right to vote.

Following a 70-year effort by woman suffragists, the law of the land reflected “The right of citizens of the United States to vote shall not be denied or abridged by the United States or by any State on account of sex.”

Still, almost a century later, women are not fully represented in politics.

In 2017, according to the Center for American Women and Politics at Rutgers, women held 19.6 percent of the seats in Congress, 23.7 percent of statewide elective executive offices, 25.1 percent of state legislative seats, and 21.0 percent of mayoral offices in cities with population 30,000 or more.

If you’ve been paying attention, there is a good chance to see a shift in those numbers this fall as a large number of women decided to run for office in response to Donald Trump assuming the presidency.

Many of them are stepping out of their comfort zones because they see a need to be filled. The least we can do is register to vote, carefully examine the candidates and show up for the elections.