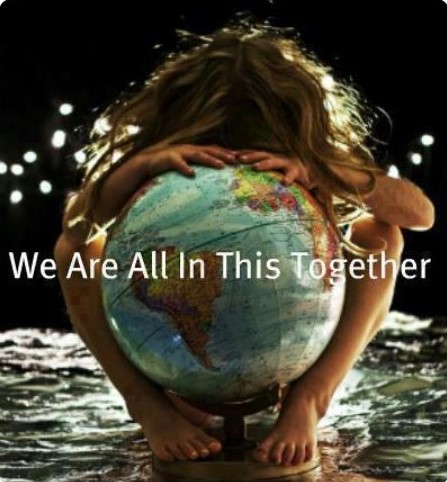 It is nine days until the next U.S. congressional midterm election.

Yesterday, I wrote about the wildly ranging misinterpretations of liberals. To follow up on that, I scrolled through my Twitter feed and pulled out some examples of progressive thought.

I don’t mean to mislead; there are many more posts of frustration, desperation and anger, but tweets like the following are by no means rare. Presented in the order I came across them: 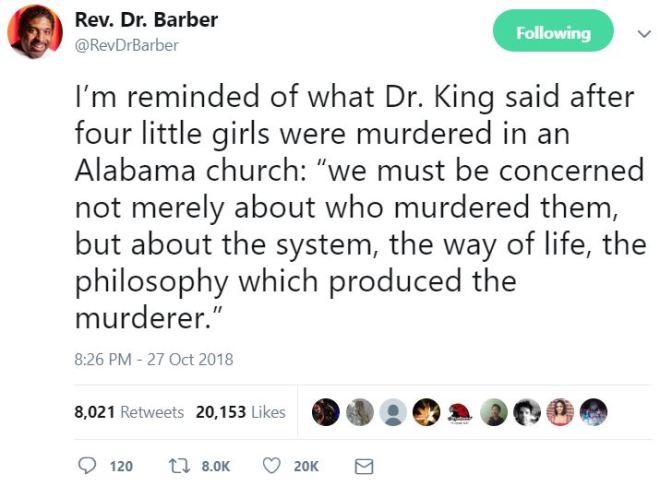 Jews and our allies gathered tonight in New York’s Union Square to hold vigil for those killed in Pittsburgh today.

As we mourned, members of the Muslim of the community guarded us.

One Rabbi said “there is only one religion – and that is the human religion.” 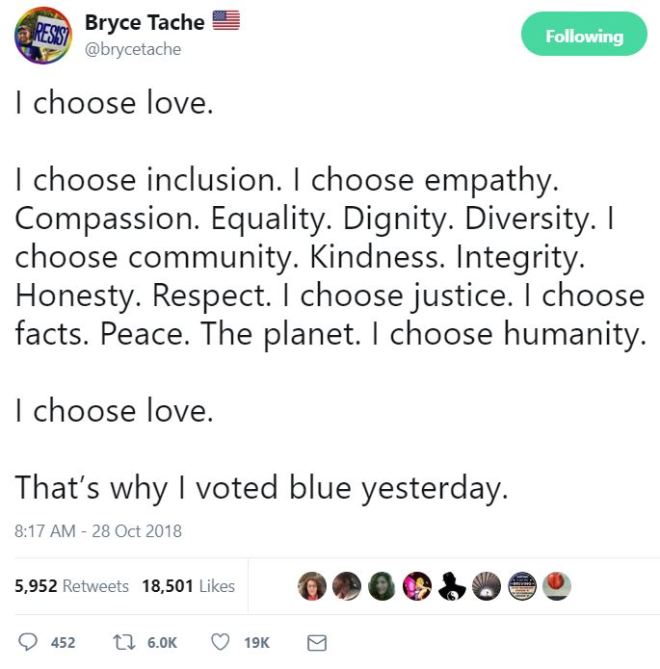 Every day in Toronto, I ride the subway in the world’s most diverse city. Next to me on the subway are immigrants from all over the world, from every race & religion. We co-exist in harmony, because we believe there is greater strength in diversity. Oh, and we don’t carry guns. 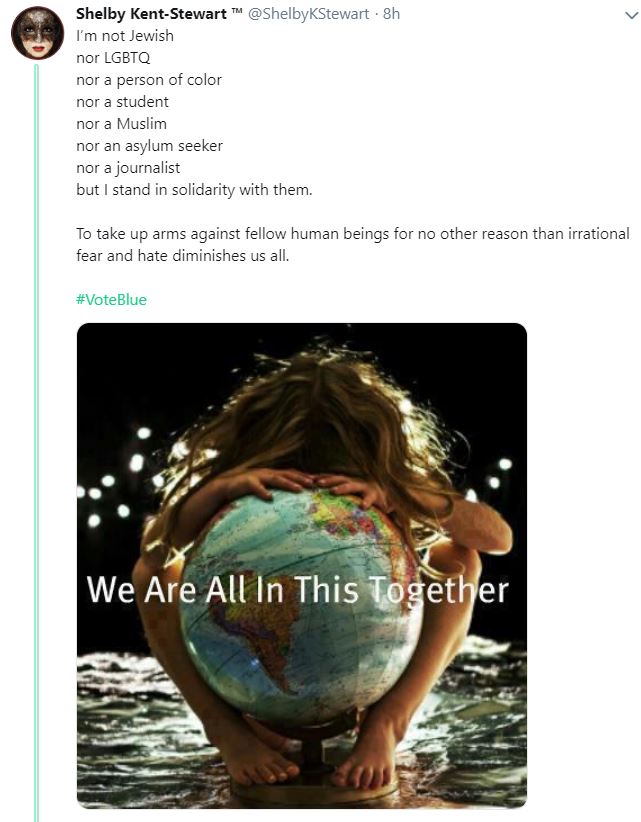 The Islamic center that was near the #TreeofLifeSynogogue raised 15,000 dollars for the victims and their families. Things like this give me hope when the world is so dim.

“For me, I am driven by two main philosophies: know more today about the world than I knew yesterday and lessen the suffering of others. You’d be surprised how far that gets you.”

My Muslim neighbor just stopped to let me know how sorry he is for the loss to my community. He asked how he could help. He asked how I was feeling. He listened. Then he hugged me for the first time and told me he is here if I need anything. This is the America I’m fighting for.