Freedom of and from 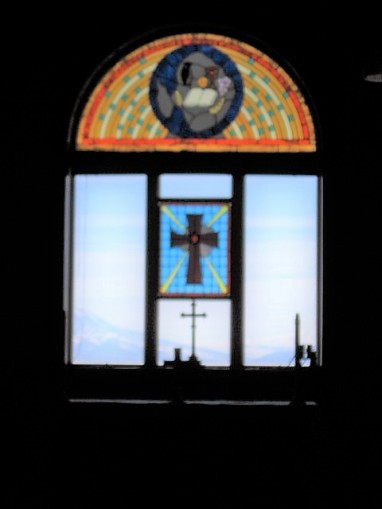 Looking out the window of the Chapel of the Snows in McMurdo Station, Antarctica.

When and where I grew up, the name Madalyn Murray O’Hair was akin to curse words and that’s probably still true today for many folks.

(Note: This is the second of an occasional series addressing the question in an earlier post, “What are we for?”)

I guess the reason we all heard about O’Hair and not Engel was because she objected as an atheist and he objected as a Jew. Less than 20 years after World War II, Americans may have been reluctant to attack the constitutional rights of the Jewish community. Atheists, however, were considered fair game.

As a Christian, I could not understand the atheist. As a maturing citizen of the United States, however, I came to understand their protests, claiming their rights under the U.S. Constitution, specifically the first clause of the First Amendment: “Congress shall make no law respecting an establishment of religion, or prohibiting the free exercise thereof.”

Very early, I took the position that I did not want my child preached to at school. I had been around enough Christians to know they didn’t all believe quite like I did. Additionally, I knew it was highly likely that, soon enough, representatives of every religion under the sun would, quite rightly, demand a turn presenting their beliefs to the kids. Religion instruction belongs in the home and places of worship.

The founders of our country were wise to draw a line between church and state. And yet, some 240 years later, we’re still embroiled in that question.

Donald Trump, whose conduct would defy honest attempts to match him with any religious doctrine, has made show of doing everything he can to deny rights to non-Christians, only to see his actions fall by the wayside under judicial review.

Back to the theme of this series: What am I for?

I am for religious freedom. I want each of us to be able to practice our religion or no religion at all without interference from any arm of the government and without oppression from people who believe differently. Similarly, said practice of religion should not interfere with or oppress others.

I am for us loving and supporting each other without regard to religious beliefs. You know, the way most religions instruct us to do.

One response to “Freedom of and from”